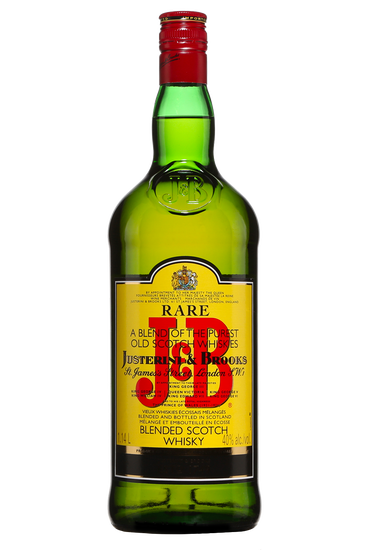 J. & B. stands for Justerini and Brooks, a wine and spirits merchant based in London since 1749. In the 19th century, the company starts bottling a blended scotch named J. & B. Club, which became the blend we now know in 1930, renamed J. & B. Rare. Made with no less than 42 whiskies, including Speyside malts which lend it character, this versatile blend displays herbaceous and floral notes.