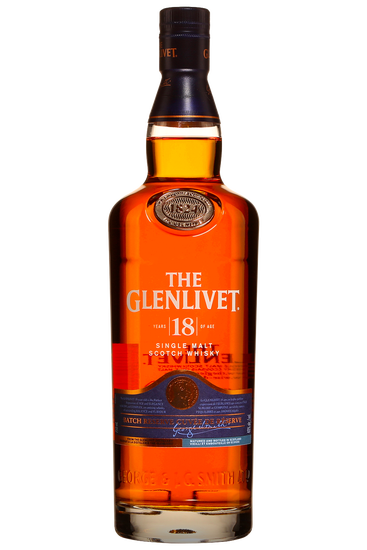 One of the most famous distilleries in the world, Glenlivet was also the first to obtain its distiller's license after the adoption of the 1823 Excise Act, which regularized distillation in Scotland. Success came quickly and The Glenlivet is now one of the world's best-selling single malts. The Glenlivet 18 Year-Old is characterized by notes of apple sauce, freshly grated cinnamon and star anise. Endowed with exemplary length, this refined single malt transmits fragrances of citrus zest and pastry.