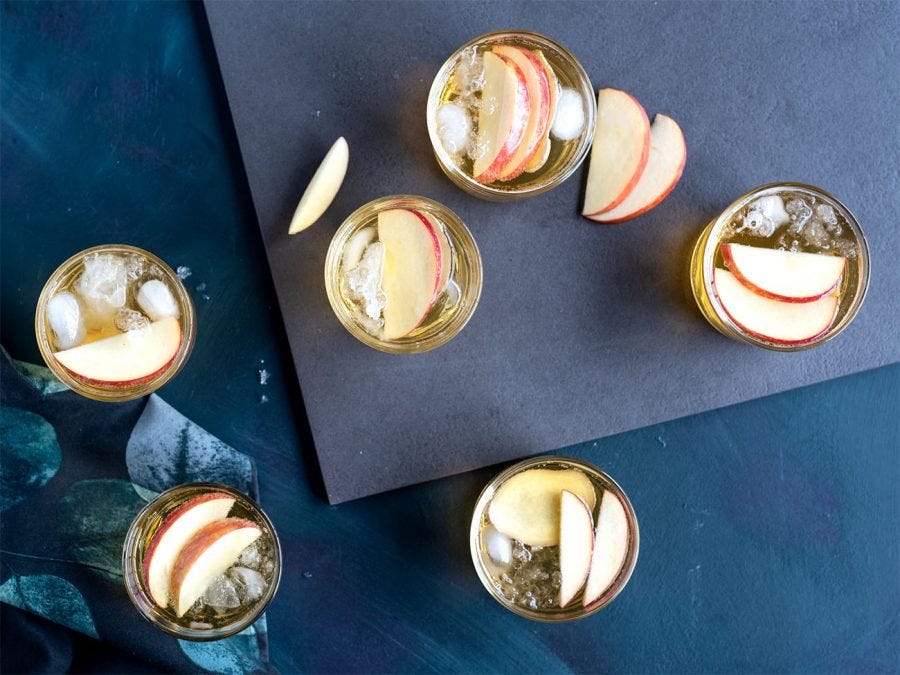 For the love of shandy!

Shandy—you know, that barely boozy blend of beer and lemonade—is back with a vengeance. Here’s everything you need to know and more about this throwback cocktail.

The dictionary will tell you that a shandy is mix of all kinds of liquids, or simply beer and lemonade, or even beer plus ginger beer. Sometimes it’s flavoured with syrup, and sometimes it’s elevated with brandy. For mixologist Patrice Plante (of Mister Cocktail renown), 2019 will be the year of the shandy, which was once the libation of predilection for golfers on a mission to quench their thirst and limit their buzz. “New beers dreamt up by microbreweries are opening up all kinds of options, especially for consumers on the lookout for something light.”

A breeze to whip up, the shandy is a crowd pleaser with its bubbly, mousse-y and refreshing goodness, not to mention its versatility, if you consider all the other beer-based cocktails part of the shandy family. According to Gabrielle Panaccio, mixologist and owner of LAB, “since shandies have low alcohol content (ranging between 2 and 4%), they’re in perfect alignment with the low-proof cocktail trend, much like the classic Mexican michelada or the British snakebite, which brings together beer and cider.”

For you history buffs out there: the shandy is said to have been invented back in 1922 by a German innkeeper named Franz Kugler upon the grand opening of a bicycle path connecting the city of Munich to his woodland getaway. Beer was of the essence, so our innkeeper cut his hops with lemonade to keep up with demand. Das Radlermaß (the cyclist’s litre) was born! Then along came shandy in the UK. To this day, shandies are still super popular on the European continent, notably in France and Monaco, where they serve it with a grenadine twist—best served on a patio as soon as the season permits. North Americans are more familiar with radlers (a mix of an alcoholic drink with a non-alcoholic one, generally fizzy). Locally speaking, Québec-based craft breweries tend to offer up one-of-a-kind recipes with wheat beers and lagers.

Terrebonne microbrewery Bières et Compagnie has a smart selection of beer-based drinks on offer, including classic shandies with ginger beer and pressed lime. Owner Robert Auger reports that “the shandy is normally served when it’s hot out, or for post-game grilling. People love how low-proof it is and how the lemonade cuts the bitterness of the beer just right. There are literally thousands of recipes out there.” According to Auger, shandies aren’t easy to pair with mains, so it’s best to sip them at happy hour alongside salty snacks.

Gabrielle Panaccio suggests you make your shandy with thirst-quenching brews—like pale ales and reds—and by cutting the beer with a homemade lemonade made of simple syrup and freshly pressed lemon juice. The classic beer-to-lemonade ratio is 1:1, but you can go two thirds beer and one third lemonade if you’re feeling it. Serve your shandy super cold in a long, straight glass full of ice.