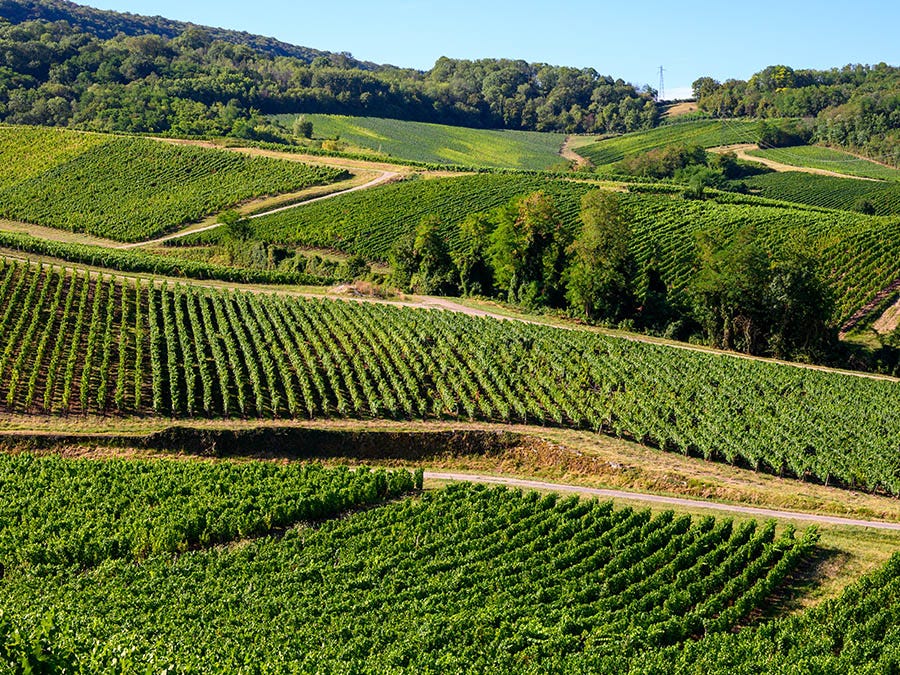 Jura is a small region—especially in terms of production. It’s worth the hunting though, these wines are diverse and very original!

As far as French vineyards are concerned, it would be easy to overlook Jura. Its six appellations combined cover a mere 2,000 hectares, producing only 1% of France’s total wine production. And yet…

Jura stands out in many other ways: the region is home to several organic winemakers (more than 20% of the region’s winemakers have adopted organic practices), its terroir is rich and expressive, and its wines are like nothing else in the wine world.

Located in France’s northern region, Jura vineyards are characterized by a harsh climate and marl soils. Such conditions allow the terroir to really express itself, which results in crisp, fresh wines. The wine’s oxidative character, which lends certain wines their notes of hazelnut and scotch, is a result of not topping the barrels (meaning any naturally evaporated wine is not replaced, as it generally would be). This production technique is commonly used in viniculture, especially when it comes to the production of yellow wines.

So, to introduce you to this inestimable winemaking region, here are a few snippets of information that might be useful. They’re all less than 140 characters, so you shouldn’t have any more trouble getting through them than you would a tweet or a text message!

The biggest of the AOCs. Contrasting terroirs. 105 communes and 640 hectares of vines.

Exclusively yellow wine (matured under a film of yeast) and Savagnin.

Limited land. Control and regulations are numerous and very strict.

Want to know more? For a full list of Jura wines available at the SAQ, click here.