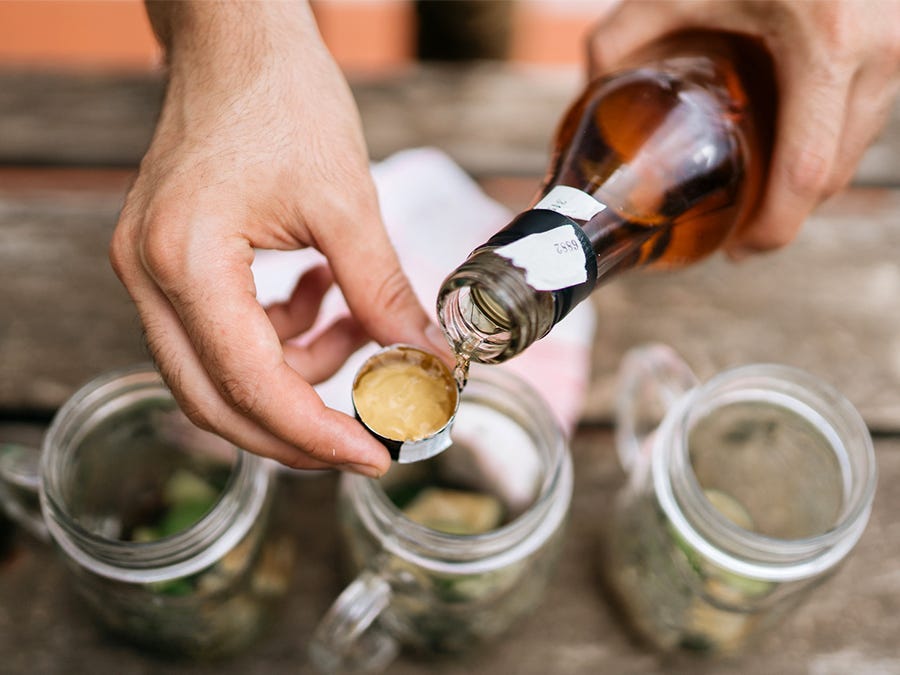 This alcohol made from sugarcane offers an unexpected diversity of aromas. From the daiquiri to the tiki drink to the super-aged rum for sipping and contemplation, rum’s possibilities are vast indeed.

While gin is reminiscent of England and bourbon the Southern United States, rum is synonymous with the Caribbean, not to mention pirates and the free drinks provided by those all-inclusive southern resorts. But beyond the rum-and-Coke and the daiquiri, rum is a fine drink worthy of a place beside the best scotches and cognacs.

Produced particularly in the tropics – or at least in places hot enough for the cultivation of sugarcane – rum is found throughout the Caribbean, in many countries in Central and South America, and on islands in the Indian Ocean right up to India and Indonesia. The U.S. and Canada’s Atlantic provinces also have traditions in rum production, spurred by the molasses trade coming from the south. Quebec has even jumped into the fray in recent years, particularly with original spiced rums that have been met with appreciation.

With such a diversity of styles, rum can clearly accommodate many different moods and seasons. A rum-based grog has what it takes to take the winter’s edge off, as does aged rum for sipping like a cognac. The mojito, made with mint and lime, is a great example of a summer refreshment, while the Mai Tai and other tiki drinks are fruity, overflowing with flavour and unbeatable in terms of colour and festive flair.

Islands, sugar, and the sea

In a sense, rum originated as a way to recuperate waste materials. In the 17th century, a time when Europe had already become hooked on refined sugar, the refining process resulted in a large quantity of a very tasty residue: molasses. Finding an outlet for this substance became even more important with the development of mass sugar production.

It had been noted several centuries earlier that sugarcane juice could be fermented to produce alcohol, according to ancient Hindu texts as well as a passage from Marco Polo written during his travels through what is today known as Iran. But it was the development of modern distillation techniques and the abundance of molasses, which was also easily able to ferment, that conspired to kick-start the production of sugarcane–based alcohols.

Brazil’s vast sugar production seems to have led to the first major rum distillations starting in the 1620s, followed closely by Barbados and Nevis Island. In the 18th and 19th centuries, this lucrative business spread to wherever sugarcane was produced. Rum became an essential ration for sailors of the powerful British navy, and an essential ingredient of all pirate stories, along with desert islands and buried treasure.

While England and its colonial territories enthusiastically took part in this new trade, the involvement of the French colonies had a more complicated history, since the production of wine and brandy distilled from grapes competed with rum production in French territories. Rum was often the subject of heavy taxation or even banned in France. Price variations for molasses and sugar would also cause highs and lows in rum production in a number of territories.

Beyond cultural preferences, the character of rum is strongly influenced by its raw material, sugarcane, and the different ways it is put to use to make each rum. The fact that refined sugar is generally a completely neutral product hides the huge diversity that lies behind sugarcane production. The context of that production – whether in low-lying or high-altitude areas and depending on the amount of humidity and water, the type of soil, and proximity to the sea – as well as, above all, the varieties of sugarcane itself lend very different flavours to the sugarcane juice (which is squeezed directly from the plant) or the molasses resulting from sugar production.

The importance of sugarcane varieties and the land they are grown on is particularly accentuated by agricultural rums. These are made straight from the sugarcane juice, the qualities of which are expressed even more directly in the rum than in the original juice. One particularly striking example of this diversity is clairin, a type of agricultural rum produced in Haiti by very small producers who often produce their product from a single field and single variety of sugarcane, and even in a single distillation from one still. The work of several producers in Martinique and Guadeloupe even showcases very specific vintages. All these variations reveal themselves particularly well when sipped straight, or when made into a little punch, with just a bit of sugar and lime to make them sparkle.

The major kinds of rum

Every country has its own set of rules and classifications – the rum category has even more variety than, for example, that of whisky. But beyond these particularities, rum can still be grouped into a few major types.

Light. White rums aged briefly after distillation (a few months, or even one year) and occasionally filtered to reduce their colouring. Their milder flavours make them particularly good for cocktails such as the mojito or the daiquiri.

Amber or golden. Rums that have been aged for a certain period in barrels, most often old bourbon barrels. The colour may also be heightened by the addition of caramel.

Dark (brown or black). Rums that are generally made from molasses or caramelized sugar and aged in highly toasted barrels, which gives them very pronounced flavours.

Spiced/flavoured. White, amber, brown, or black rum with spices and/or other aromatic additions (fruit or herbs, hot peppers, or even mushrooms), to which can also be added caramel or sugar.

Discover all our rums