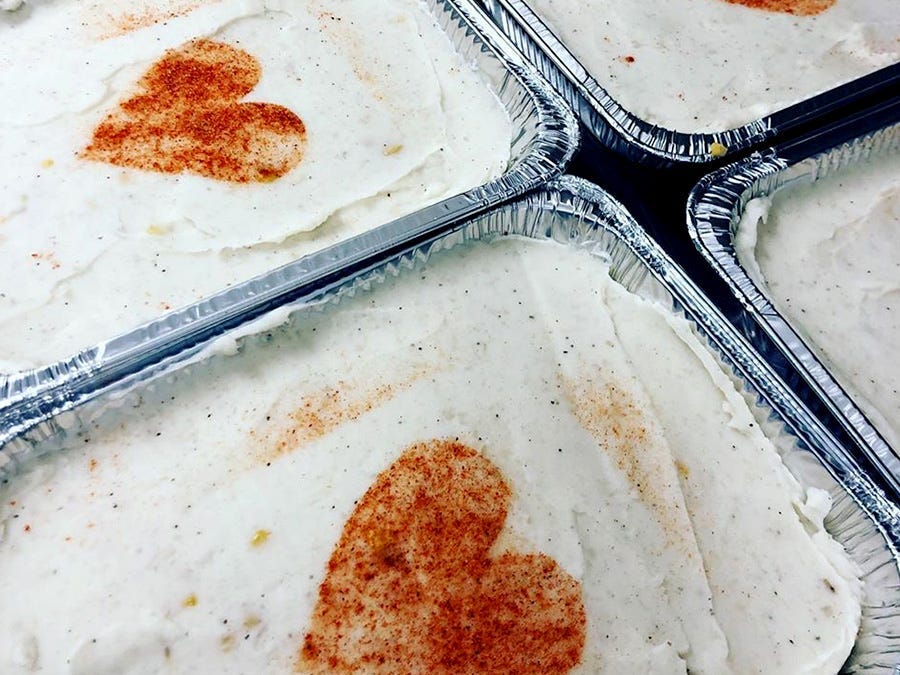 Since the start of the Great Confinement, Jean-François Archambault and his team at Tablée des Chefs have moved heaven and pantry to get chefs back into their kitchens to restock the Food Banks of Quebec.

Thanks to their emergency initiative Solidarity Kitchens, thousands of meals were distributed to people in need. And now that the second wave of the pandemic has hit, production will continue. An interview with an unparalleled organizer.

Jean-François Archambault remembers the meeting like it was yesterday: In front of him on his computer screen, a crowd of worried faces were asking how the organization could continue to fulfill its mission… at a distance! “I said to my team, ‘We’re going through a difficult period, food insecurity is going to increase and young apprentice chefs will need our advice more than ever. It’s our responsibility to change our ways of doing things to maximize the impact of our actions,’” recounts the CEO and founder of Tablée des Chefs from the other end of the line.

Despite the fact that restaurants and hotels had closed one after another, preventing the distribution of food as part of his charitable food recuperation organization, Archambault landed on a great idea: What if they mobilized their teams, who were currently out of work, to prepare meals and restock the Food Banks of Quebec, which badly needed volunteers and donations? “We conceived of a model enabling us to pay the chefs, at a rate of $1 per meal, knowing they would be preparing at least 20 per hour.”

The strength of solidarity

After an infinite number of phone calls to well-placed friends at a variety of organizations – the Association restauration Québec, HRI Hôtels-Restaurants-Institutions, the Union des producteurs agricoles, MAPAQ and the Conseil de la transformation alimentaire du Québec, as well as transportation, shipping and distribution companies – the charismatic chef was able to rally everyone together around his project, the well-named Solidarity Kitchens. Potatoes, cabbage, carrots, and canned tomatoes were redirected to participating establishments and transformed into pâtés chinois, meatloaf, herbed roasted chicken, and vegetarian chili.

“All of the experience gained over the course of our 18 years in operation – building a mutual aid network, recuperating food and managing production during the Semaine des écoles hôtelièrs, which aims to raise awareness amongst the next generation about food insecurity – all that contributed to people believing in us and answering our call,” recalls Archambault happily. To this day, thanks to donations and the financial support of partners such as the SAQ, Solidarity Kitchens has facilitated the distribution of close to two million meals throughout Quebec through the Food Banks, an organization that normally distributes a million meals per year.

Itself devoted to the issue of food insecurity for over 15 years, the SAQ provides support of up to $100,000 per year to the Semaine des écoles hôtelières. Through this event, over 30,000 young people have been able to benefit from culinary training at secondary schools and youth centres, and over four million meals have been distributed to people in need. Beyond the monetary aspect, a number of SAQ employees get involved in helping to prepare the meals, which happens at the Tablée’s cooking schools in Longueuil and Quebec City. Upon the establishment of Solidarity Kitchens, the SAQ donated an additional $50,000 to enable the teams to continue their work apace.

All told, two million meals were distributed in 2020 in Quebec (and 400,000 outside Quebec, mainly in Vancouver and Toronto). And beginning in January of 2021, the charitable machine will redouble its efforts by preparing close to 200,000 meals per month all year long. “We’ll produce based on demand,” explains Archambault. “But one thing is for sure: The need is there, above and beyond COVID-19. We’ll continue to pay close attention and keep rolling up our sleeves.”

Feel like lending a hand for the holidays? Whether you’re a chef, cook, or someone simply motivated by the pleasure of preparing meals and helping out, visit the Tablée des Chefs website to learn about the various volunteering possibilities available. Or you could also make a generous financial contribution.

Learn about the SAQ’s commitment to food assistance