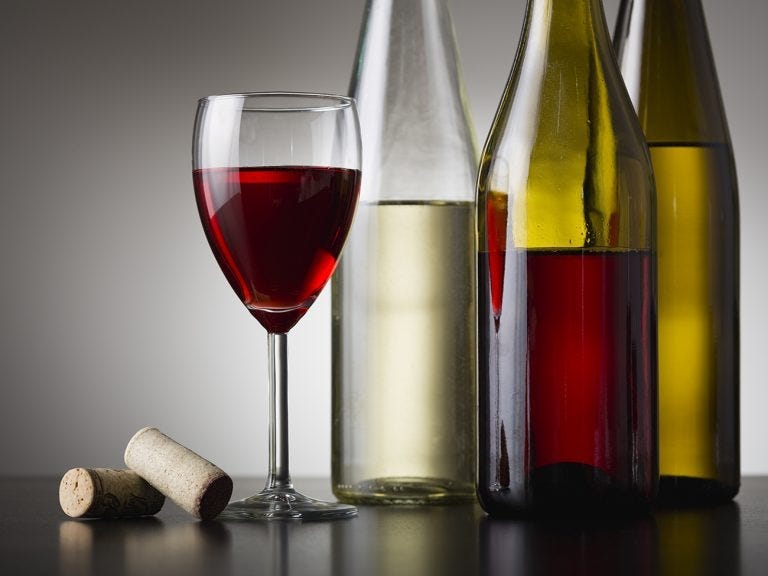 Can you really save wine to drink another day? We tested four wine preservation methods to see just how long wine remains drinkable, and more importantly, worthy of your glass.

When wine is uncorked, it should be drunk, as the saying goes. However, that wisdom could easily be countered with “moderation is always in good taste” and so we often recork a bottle to drink another day. Many inventors have attempted to design or create solutions that would permit wine to be kept fresh and drinkable for longer periods—a tool that would be helpful for at-home wine aficionados and glass-serving restaurants alike.

To determine if these gadgets really deliver, we tested several of them with both white and red wines, equipped with guidance from professional sommelier Kler-Yann Bouteiller. We followed the wines’ evolution over a period of a few days after having used four different methods of preservation, some of which are brand new, some of which are time-honoured.

Four wine preservation systems were used during this experiment, each one using a different and unique method.

On the market for three decades, Vacuvin is a small pump that removes air from the bottle, and is accompanied by soft bottle stoppers. The principle is straightforward: less air means less oxidation and better preservation.

This soft, silicon bottle stopper is equipped with a carbon filter that is placed over the bottle neck. The company asserts that the filter reduces oxygen contact—something of a surprising claim given that no air is removed from the bottle—and the filter minimizes the effect of bacteria on the wine. AntiOx Pultex

A small can containing a mix of neutral gases (CO2, Nitrogen and Argon) that is sprayed into a bottle using a long straw. The layer of gas in the bottle creates a barrier between wine and air, thereby slowing oxidation. Private Preserve

This system uses a hollow needle that goes completely through the cork. By pressing on the button, a specific amount of wine is extracted and replaced with the equivalent volume of a neutral gas (argon). Once the needle is removed from the cork, the hole naturally closes, essentially providing a seal. The total absence of air maximizes wine preservation. Coravin

Part of our research was to determine if Coravin, a system many have deemed revolutionary but that remains costly, really provided superior results to other systems available on the market.

Coravin boasts that when used, it enables drinkers to enjoy their wine for weeks, even months, after opening, glass by precious glass. Their method? Wine is extracted from the bottle without opening it, which is said to provide optimal preservation effects. Yet, the system’s cost easily reaches several hundred dollars—is all the money worth it, or are less expensive systems just as effective?

And the winner is…

At the end of multiple tests and tastings (blind tasting by Kler-Yann Bouteiller), results are fairly nuanced. The results? Over a period of two or three days, every system can preserve wine well, even very well.

Incidentally, the majority of wines manage just fine for 24 hours without any special preservation treatments or systems. So, if you drink a bottle between two meals—say, a white with chicken on Tuesday night and again with fish on Friday—any option is acceptable. Even the AntiOx cork (which inspired a great deal of scepticism) is competitive in this regard.

Each method had its strengths and weaknesses. Vacuvin kept wine well once opened up to the short term, but over the long term they deteriorated. AntiOx did a fabulous job preserving the red wine, but the white wine quickly lost its expression. Private Preserve helped wines hold on to their body, but those same wines noses’ became dulled. “When I used the latter in the restaurant, I had the feeling that I needed to give the wine some air again before serving it, in order to give it some of its nose back,” explained Kler-Yann Bouteiller after a blind taste from our test of the Private Preserve system.

With a red wine that has tannins, is young and lively, the Coravin bottle kept something of an astringent aspect, whereas with other systems this disappeared. So clearly in this case, exposure to air due to bottle opening (a natural result of the other wine preservation systems) seems to be advantageous. Conversely, if a bottle has been partially aged in a cellar, avoiding contact with air is critical: an older, more fragile wine is more likely to lose its brightness quickly after having been exposed to air. Another limitation is that Coravin can’t be used with screw-cap wines, unlike the other systems we tried.

Coravin’s appeal lies in its purported ability to preserve wine for a much longer period than other methods. After tasting wines the last time—nine days after opening—only those preserved using Coravin maintained their initial character, and remained fresh, even bright. Some traces of fruit remained in the two wines preserved with Private Preserve, and a bit of black fruit in the red wine preserved with Vacuvin, but fatigue was still noted in all wines, and very advanced oxidation in the case of AntiOx. Apart from Coravin, nothing nine days after opening was genuinely pleasant to drink; by extension, Coravin would be the only real option to use if instead of days, the time period for drinking is weeks.

Lastly, Coravin offers amateur wine aficionados the appealing possibility of opening multiple bottles of wine simultaneously, as if in an at-home wine bar. If wines will deteriorate, then of course one thinks twice before opening multiple bottles at the same time. However, with Coravin, it becomes possible to drink three different wines in one night, and then to return to them ten days later . . . which might indeed be worth the investment.

To test all four systems, we bought four bottles of white (Gentil de Hugel 2015, a mix of white grapes from the Alsace region) and four bottles of red (Vignerons d'Estézargues’ La Montagnette 2016, from the Vallée du Rhône). All bottles were tasted the morning of the first day to ensure uniformity, and to establish tasting reference notes. Wines were then tested 30 hours after uncorking, then 4 days after uncorking, and finally 9 days after opening. The same preservation method was used after each tasting. Whites were stored in the refrigerator, reds were stored at room temperature.