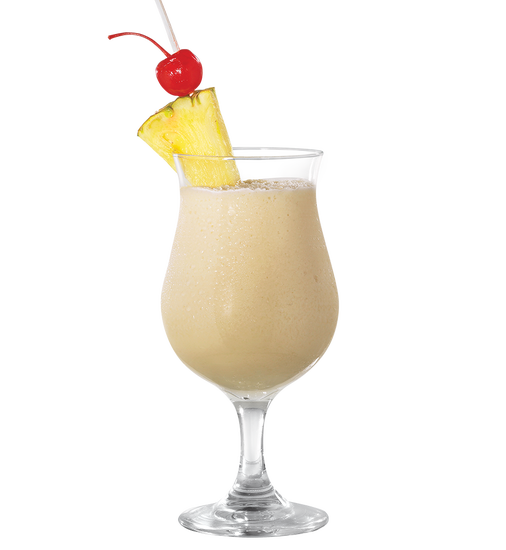 Pour into a tulip glass.

The Piña Colada was invented on August 15, 1954, by Don Ramon Monchito Marrero, a bartender at the Hilton hotel in San Juan, Puerto Rico. His goal was to combine all the flavours of Puerto Rico in a single glass, with a particular emphasis on the fresh pineapple juice from local farms. The Piña Colada was declared that county's national beverage in 1978, and has since gained fans around the world.