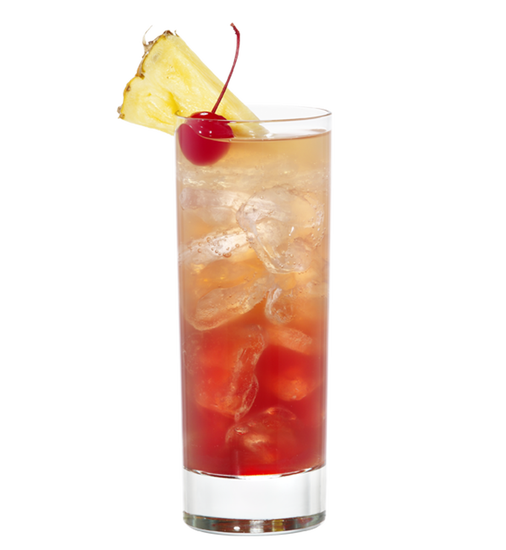 Top up with club soda, leaving a few centimetres at the top.

Flavour with a small amount of citrus liqueur.

Garnish with pineapple and cherries.

In 1913 Ngiam Tong Boon, bartender at the legendary Raffles Hotel in Singapore, created the Singapore Sling. The drink was somewhat forgotten during the 30s, until 1936, when the hotel employees decided to recreate it using notes left behind by previous bartenders. Finally, it became fashionable in 1990, after the release of Singapore Sling, a movie by Nikos Nikolaidis. This cocktail is now served on all of Singapore's airlines.