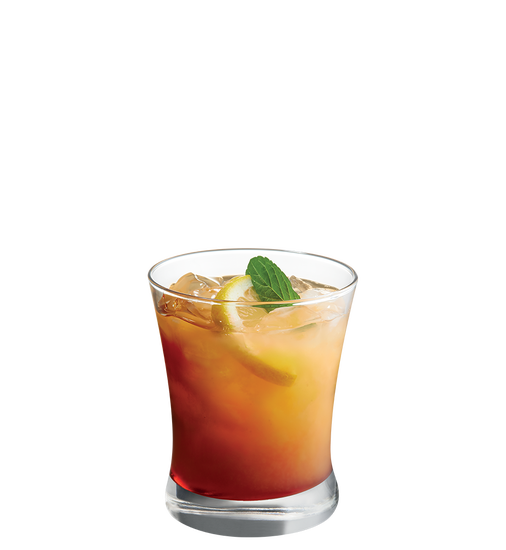 Pour the tequila and orange juice in a shaker filled with ice cubes.

Pour in the grenadine syrup.

Garnish with an orange slice and mint leaf.

This cocktail was invented in the 1970s by a SanFrancisco bartender. After a long night of drinking at his workplace, he told his boss that he had waited for the sunrise to inspire him and claimed he created the drink just as the sun came up.