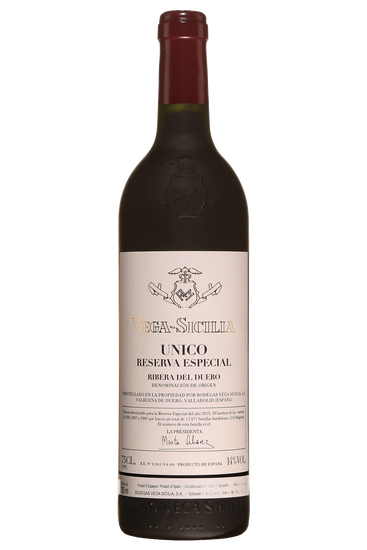 “As I've seen in recent years, the non-vintage blend NV Único Reserva Especial 2019 Release contains younger wines than what the older releases used to be made up of. In this case, it's 2006, 2007 and 2009 and in fact contains wine from the current release of Único, so not much older. It's mostly Tinto Fino (aka Tempranillo) and some Cabernet Sauvignon. It had a slightly longer élevage in oak, as the blend was put in bottle in June 2015, at the same time as the 2009 Único; therefore, the 2006 and 2007 components were in oak for a longer time. It has a similar character to the 2009, perhaps a little more subtle and elegant but not really more complex, with some tannins and a medium-bodied palate.”
www.robertparker.com
Experts' ratings

Rely on experts who review hundreds of products every year to guide you in your discoveries. From here and elsewhere, they share your passion for wines, beers and spirits.