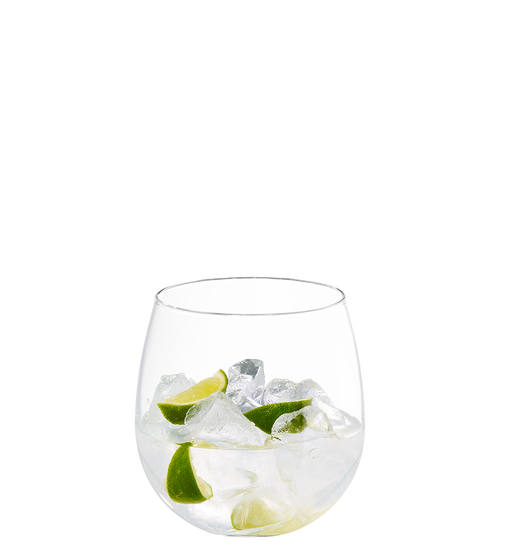 Cut the half lime into four pieces.

Place the lime wedges in an old-fashioned glass and crush using a muddler.

The Caipirinha came to be in the 1800s, first made by Brazilian slaves. They drank boiled cane sugar juice called garapa and mixed it with cachaça, a type of spirits made from sugar cane. For flavour they added spice and fruit juice. One of these mixes, the batida de limao, which is made with lime, is today's Caipirinha. And where does this name come from? It’s a contraction of two terms: caipira, which means peasant, and curupira, a forest demon who, according to legend, appears to people who’ve had too much to drink.