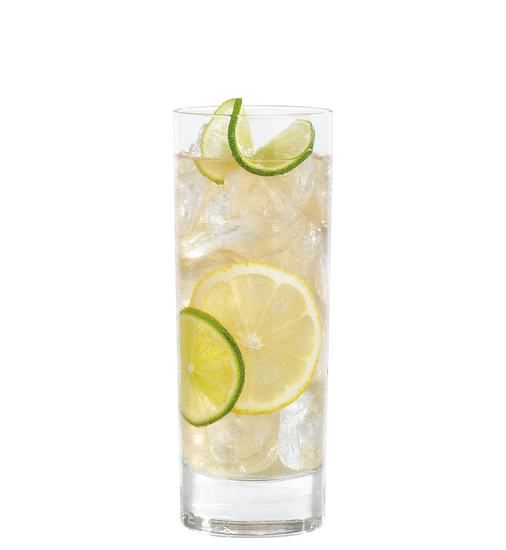 Top up with ginger beer.

Garnish with lime and lemon slices.

In 1939, most Americans were still unfamiliar with vodka. John Martin, then owner of the Smirnoff brand, had an old friend in named Jack Morgan who worked in Los Angeles trying to familiarize the American people with English ginger ale. They found the solution to their problem by combining vodka, ginger ale and lime to make the Moscow Mule. Martin would later admit: «The name didn't mean much, it was just catchy.»