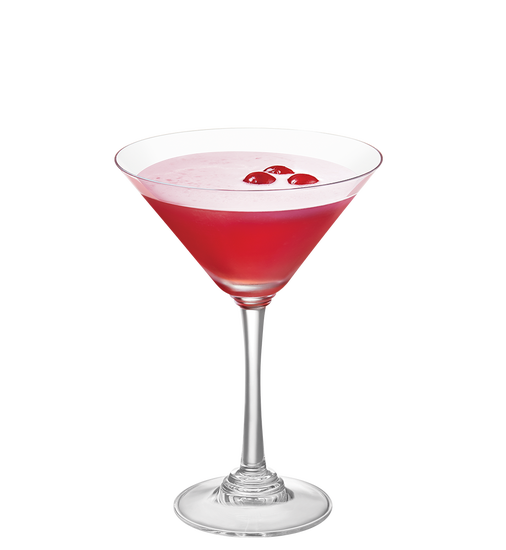 Combine all ingredients in a shaker filled with ice cubes except the cranberries.

For a Cosmo with character, replace the cranberry juice with 10 ml of cranberry syrup.

Created in the 90s in a swanky bar in San Francisco, the Cosmopolitan quickly became the lady's cocktail par excellence. In 1996, Madonna was photographed with one of these pink drinks in hand, and consequently the Cosmo gained popularity in New York and London. Two years later, the Cosmo made its first appearance on Sex and the City, sparking international popularity.