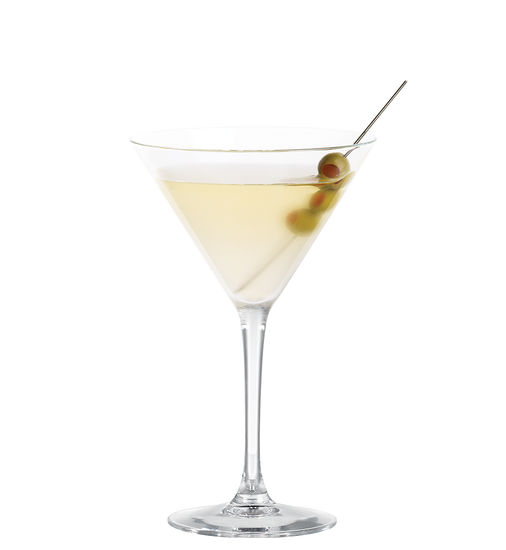 Pour gin, vermouth and olive brine in a shaker filled with ice cubes.

Garnish with lemon zest or a few olives.

Invented in Hollywood between 1998 and 2002, this cocktail was created after some female movie stars called for a version of the Dry Martini that was less strong and had a more pronounced olive taste. Some savvy bartenders modified the recipe by adding olive brine to the mix. The result: a hazy concoction that could only be called a Dirty Martini.