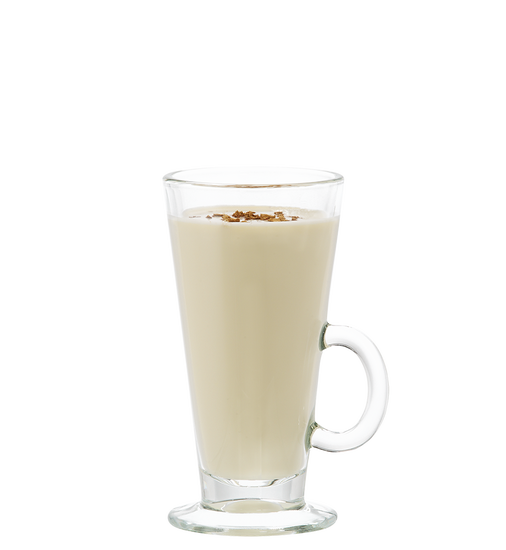 Pour all ingredients into a toddy glass.

Add pinch of nutmeg or cinnamon.

In Europe in the 30s, eggnog was traditionally served all winter long, and particularly on Christmas night. This drink was a combination of milk, cream, sugar and egg yolk, flavoured with nutmeg or cinnamon. The Americans added rum, which at the time was known as «grog.» Thus the cocktail became known as «Eggnog!»