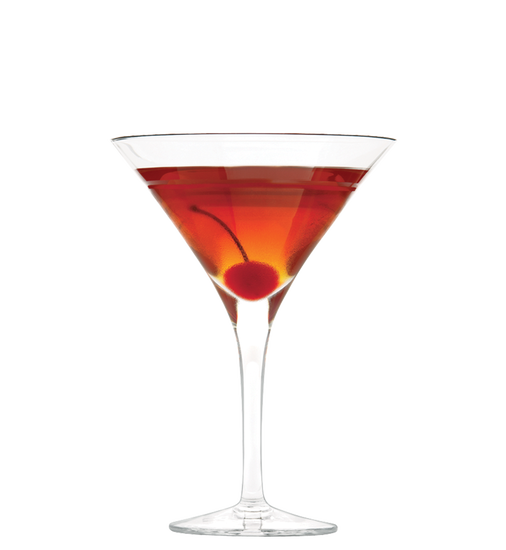 Garnish with a maraschino cherry.

The Rob Roy is a variation of the Manhattan, which is made from Scotch only. It's named after Scotland's infamous outlaw hero from the 18th Century, Robert Roy Mac Gregor.