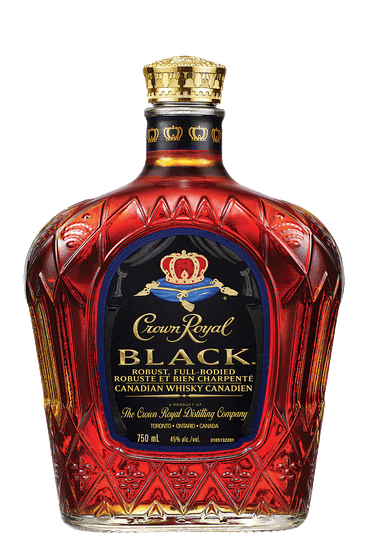 Crown Royal was created by Samuel Bronfman, president of Seagram at the time, to commemorate King George VI and his wife Elizabeth's visit to Canada in 1939. Sold only here at first, this remarkably rich whisky quickly gained a reputation that reached beyond our borders.

Crown Royal Black is made from corn, rye and malted barley, and aged in Bourbon casks and charred new barrels to produce a whisky with a marked woody character. Its notes of burnt caramel, maple, vanilla and licorice are highlighted by a rich and silky texture that make it the consummate digestif.