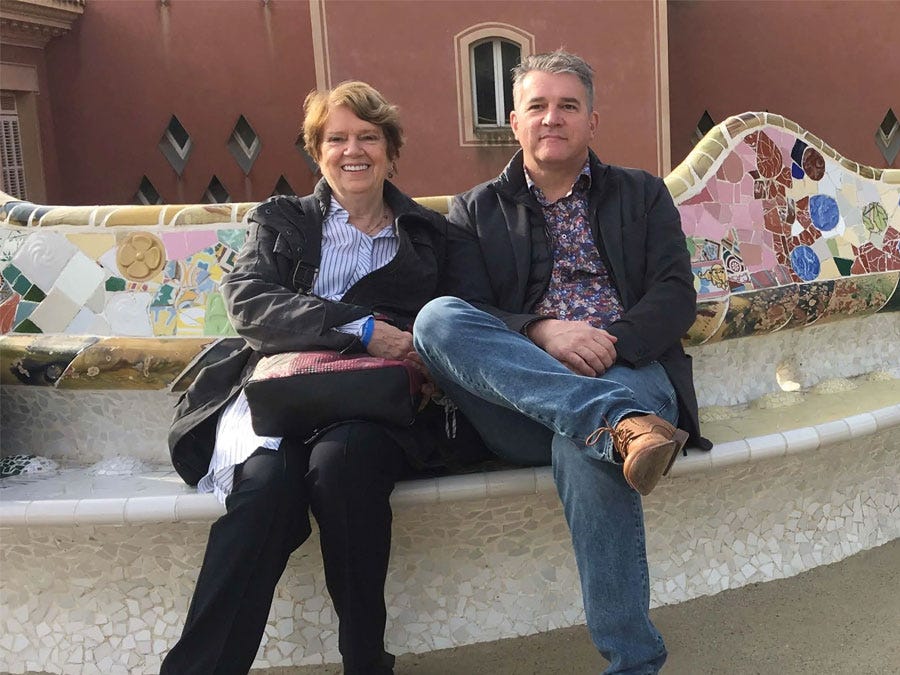 From cashier to manager, Jacqueline Cloutier discovered a love for wine that she passed on to her son through good bottles and travel. Today, her grandson takes on the family torch as an expert in spirits. Portrait of a passionate family.

When Jacqueline Cloutier began working at the SAQ as a cashier-salesclerk in 1978, little did she suspect that she would be the first in a family of fine wine lovers, with her son Alain eventually following in her footsteps. Nor could she have imagined that a decade or so later, she would be one of the first women to manage an SAQ store. We spoke to mother and son to learn more about their story.

“When I started out, there were very few women in the company and even fewer female managers,” Jacqueline, now 85, tells us. “Jocelyn Tremblay, the head of the SAQ at the time, set up a committee to encourage women’s careers in the organization. They asked me if I wanted to participate and I jumped at the chance. So, I entered a three-year management training program and was part of the first cohort of women managers.”

While climbing the ranks, she discovered she had a passion for wine and began to build a collection  of her own at home. This would end up having a profound influence on her son’s life path. In 1981, it was the turn of Alain, then age 18, to start working in an SAQ store – “to help out,” she says with a smile on her lips, because, except for a four-year stint at Provigo, he ended up working at the SAQ until he retired.

Discovering wine as a family

As he got to know the products, both in the store and at family gatherings, Alain began to develop a serious interest in wine and wine-tasting. “He always had a natural talent for tasting,” recalls Jacqueline. “He instinctively looked at the colour and detected aromas and flavours, without any training. He would say to me, ‘Mom, it smells like this or that spice’ and he would be right! My husband and I encouraged him to train as a sommelier and advisor at a school associated with the Université du vin in Suze-LaRousse, France. We wanted him to be able to develop his expertise and make it his profession. In the end, while I had a great career at the SAQ, my son went a lot further with his passion for fine wine. I’m very proud of him.”

The apple never falls far from the tree

Jacqueline retired from the SAQ in 1997, when Alain was manager of the Maison des vins in Trois-Rivières. He tells us how he ended up becoming a product expert.

“It all started with my mother. When she became interested in the SAQ’s new arrivals, it made me curious. At table, we always tasted good wines – it was normal for us. Remember, this was the 1970s and ’80s and wine and food culture was nothing like it is today. A lot of people drank Dubonnet with their meals! But not at our place. My mom had her collection of good bottles. She travelled and read wine books. We’d chase after Bordeaux Futures at the Maison des vins together and the first time I drank a Sassicaia it was with her. When we started taking wine trips together in Europe, her passion for wine became mine. Even today, I make new discoveries with her. It’s a story she and I are still writing.”

Photo: Alain Cloutier, 26  years old at the time, winner of the first ever "Connaisseurs de l'entreprise" contest in 1989.

Growing with the SAQ

“I was lucky to work at the SAQ and be surrounded by other enthusiasts. But to become an expert, I had to study constantly, on my own,” explains the man who had books imported from around the globe in the 1990s because he couldn’t find any in Quebec at the time. “Customers were becoming better informed and I was always at the right place at the right time. In 2000, there was a shift at the SAQ in response to Quebecers’ growing interest in wine, and I had the opportunity to share my expertise with customers. I was able to do so many different things at the SAQ but always linked to my passion for wine. It was an extraordinary career!”

Before he retired, Alain was the director of Specialized Services  at the SAQ, a department that advised collectors of rare and prestigious products. And now? “I’m currently self-employed. These days, I’m helping the company behind Alfred, a computerized wine cellar management system, develop its business plan. My son has become – you guessed it – a spirits expert after completing the WSET program in Chicago last year. The apple never falls far from the tree,” Alain concludes. “It’s pretty clear that a passion for these products runs in the family.”

Photos: archives from the Cloutier family