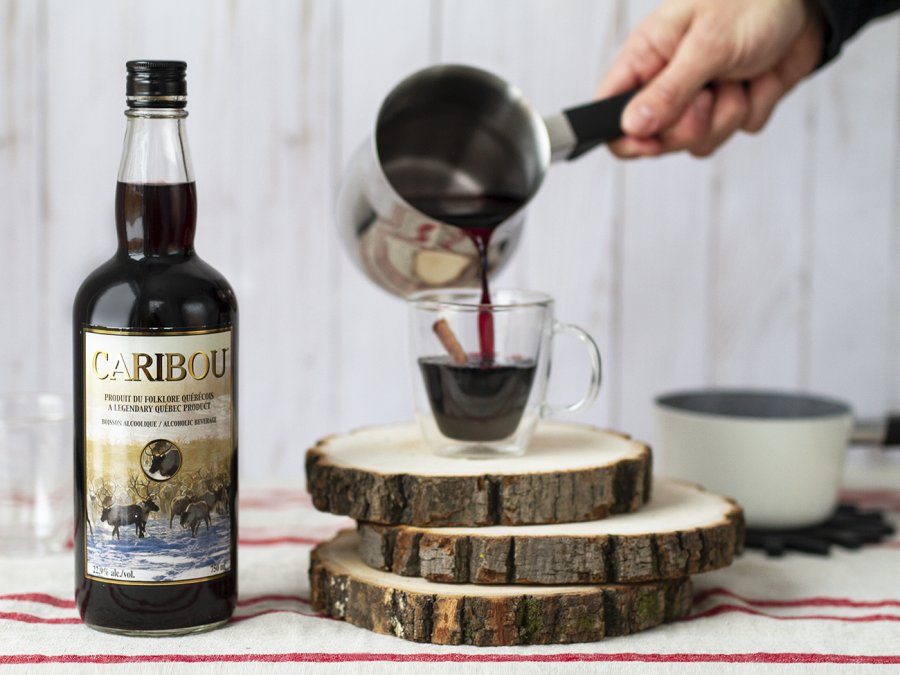 Here in Québec, the caribou isn’t just the animal adorning our 25-cent pieces; it’s also (and most importantly!) carnival-goers’ beverage of choice.

We take a closer look at the history behind this classic Québec drink.

This song, written by Roger Vézina and interpreted by Pierrette Roy in 1955, plays on a loop in our heads all February long and kicks off the well-known and much-loved Québec Winter Carnival. We’re talking spectacular ice castles, duchesses, and of course, the Caribou drink (a mix of Port, sherry, vodka, and brandy), which festivalgoers sip on out of long plastic canes topped with Bonhomme Carnaval’s head.

Legend has it that fur traders are the ones to have invented the Caribou drink. The word “caribou” is said to have come from the Mi’kmaq term meaning “snow shoveller.” When first invented, this mystic drink was rumoured to have been made with caribou blood and alcohol.

With time, and as waves of immigrants made their way to Québec, people slowly started to get familiarized with mulled wine, a custom that was very present near the end of the 19th century. For some, the Caribou is a Canadian version of mulled wine, for others, it’s a classic Québec cocktail. But one thing’s for sure, it’s become a veritable trend thanks to the Québec Winter Carnival. Obviously (and thankfully!), the caribou blood has since been replaced with red wine.

It was in the 1960s in an Old Québec establishment known as chez Ti-Père that the Caribou recipe we know and love today was first created. Typically, a Caribou is made with brandy, vodka, sherry, and Port. This hot beverage was quickly adopted by carnival-goers thanks to its delicious flavours and warming properties.

Almost every region has its own version of the Caribou, some made only with wine. And everyone has a tried-and-tested recipe they swear by. What’s yours?

Heat all the ingredients in a small pot set over medium-low. Bring to a boil and pour immediately into mugs.