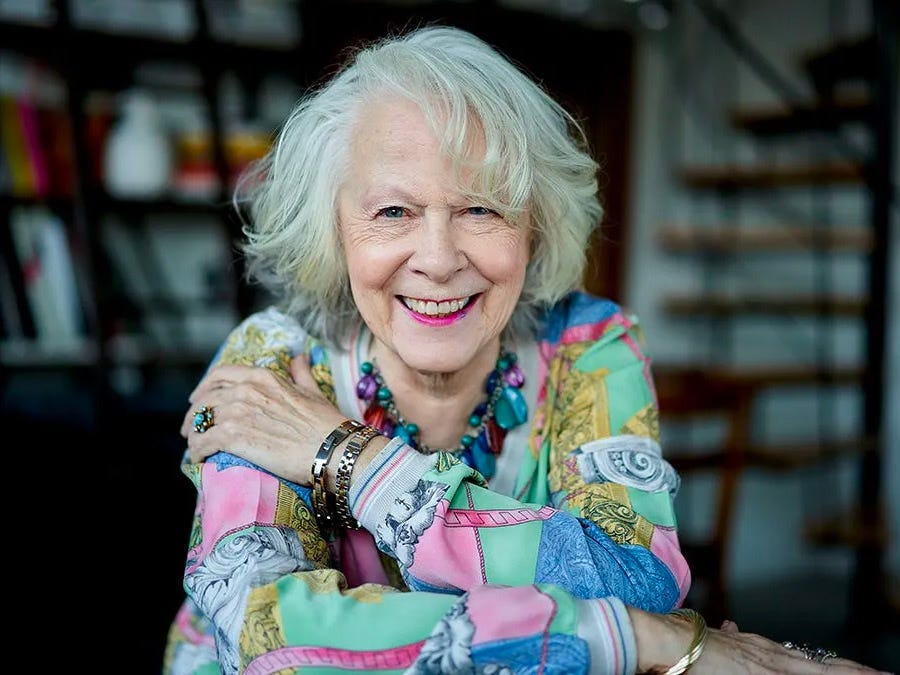 The 1960s and 70s were very fertile for Michelle Labrèche-Larouche, and we don’t just mean in her love life! The 82-year-old, who wrote about the 40 men in her life, takes a look back at those rampant years.

“We were discovering life, freedom... and we were having a blast!”

“You can’t imagine the sense of freedom we had back then! We can never get that back!” After her marriage ended when she was 30, the independent, free-spirited single mother (to one Marc Labrèche, by the way) captured the times, singing about them with Renée Claude: C’est le début d’un temps nouveau, la Terre est à l’année zéro […], les femmes font l’amour librement... “With the arrival of contraceptives, women were finally taking their place. I could walk into a bar and throw myself at any man I pleased. The sexual revolution of the 1960s, the free-for-all of the 70s, and the refinement of the 80s… I’ve seen it all!”

Discovering the world and good food

At Expo 67, passport in hand, Michelle Labrèche-Larouche discovered the world and new ways to eat. “From that point forward, Quebecers became more refined. We discovered bourgeois French cuisine, from aspics to Jell-O to vols-au-vent to coq au vin!” In the 1970s, she began working at the French consulate, and was introduced to high-end alcohols. “I had access to all the best wines, at duty-free prices. I always had champagne in the fridge. I was very popular,” she laughs.

Thursday nights were spent with girlfriends. “Those were our nights. We would have a martini before dinner, wine during the meal, and a bock of Irish coffee after dinner. I was talking with a friend about our wild younger days… we were crazy! We can’t eat or drink like that anymore.”

Michelle Labrèche-Larouche never again lived with a man after her marriage ended.  “I got used to living alone, and I had some reservations. I’m creative, I read a lot, I write, I’m fond of arts. As for love, friendship, family, cuddles… Even now, you just can’t beat a celebration around a good meal, with a good bottle.”

“French cuisine was so chic. We were always so proud when we cooked up a good coq au vin!”

“At the time, having a cocktail was elegant. Even now, whenever I’m at the airport, I order one!”