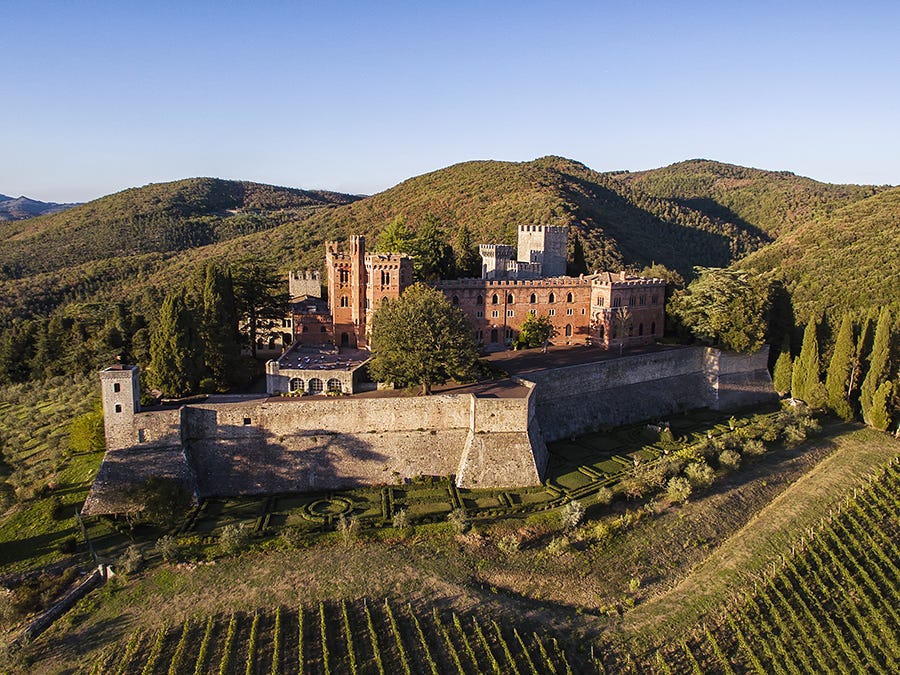 Ricasoli 1141: In the heart of Chianti

When you delve into the history of the Ricasoli family, you discover that they have been involved with Chianti wine at every stage of its impressive rise. Several generations of the family have contributed to shaping this famous wine. As a symbol of this long family history, the Castello di Brolio stands on the Chianti hills.

Castello di Brolio is located in the heart of the historic Chianti area, 20 km north-east of Siena. The castle is set in a picturesque landscape of the Tuscan countryside: in addition to rows of oak, cypress and chestnut trees, it is surrounded by 235 hectares of vineyards and 26 hectares of olive groves.

Historical records show that the Ricasoli family became the owners in 1141. They have been producing wine here for several centuries. The castle was at the centre of the clashes between Florence, loyal to the papacy, and its rival Siena, allied to the Holy Roman Empire. If it retains its former glory today, it is because it has always been valiantly defended by the Ricasoli family. In addition to protecting the castle, they also safeguarded the territory of Brolio and its wine production. Family archives show that the estate's wines were already being sent to the Netherlands and England as early as the 17th century.

In 1872, when Bettino Ricasoli was Prime Minister of the young kingdom of Italy, he became interested in vineyards and joined the Accademia dei Georgofili, a famous Fiorentine institution that promoted agriculture. The management model for agricultural land was dominated by the mezzadria or sharecropping system. This system allowed the landowner to delegate to a peasant the management and supervision of the farmland, with the income being shared equally. The mezzadria ensured that nobles could remain in their homes in the major northern cities while the work on the land was carried out in their absence. Against this trend, Baron Bettino Ricasoli decided to settle in the family castle, Castello di Brolio. He could then devote himself to improving his vineyard and following the evolution of the different varieties of grape to create the most balanced blend.

In correspondence with a professor in Florence, he notes that Sangiovetto (a local nickname for Sangiovese) is responsible for the bouquet and structure of the wine, while Canaiolo provides a softer texture and Malvasia an additional aromatic range. The norm at the time was to place the Canaloio at the centre of the blends. If Chianti as we know it today has the elegant character and structure of Sangiovese, it is thanks to Baron Ricasoli!

Respect for the land and traditions

It is the 32nd generation of the Ricasoli family who continue to promote the values put forward by their illustrious ancestors. Like Baron Bettino Ricasoli in his day, they support research to improve their knowledge of the vineyard. In recent years, the soils of the property have been studied in depth to determine their composition with greater precision. Five distinct terroirs have been identified, allowing for the creation of blends where the particularities of each of the soils can be brought to the fore.

The family is also committed to a sustainable wine production programme called Equalitas. This certification ensures that environmental standards are met while providing a framework for the social and ethical sustainability of the business.

The first descriptions of Chianti wine date back to the 14th century and over the following centuries the reputation of the wine grew. In 1716, Cosimo III de' Medici, Grand Duke of Tuscany, delimited the Chianti production area for the first time. The producers grouped together to ensure the defence and promotion of their wine, the first initiative of its kind in Italy. This council (consorzio) chose the black rooster as the emblem of the appellation. In 1932, the production area was extended by establishing seven new sub-regions: Classico, Colli Aretini, Colli Fiorentini, Colline Pisane, Colli Senesi, Montalbano and Rùfina. Chianti Classico is the historical area as defined in 1716. It is in the heart of the territory and its production rules are stricter, including a mandatory 12-month ageing period. Only wines from Chianti Classico can bear the famous black rooster. Chianti Classico can also carry the Riserva label, in which case the wine must be aged for at least 24 months.

When Bettino Ricasoli describes his preferred grape varieties for blending Chianti, he mentions Sangiovese, Canaiolo, but also Malvasia, a white variety. Indeed, the wines of the region incorporated white varieties to produce lighter wines. Malvasia, Trebbianno and other white varieties continued to be used throughout the 20th century. Since 2005, the use of white grapes has been definitively abandoned and Chianti Classico must be made from Sangiovese and other black grapes. However, some white grape varieties are very well adapted to the region and great wines are produced from Chardonnay in particular. However, these wines carry the seal of indicazione geografica tipica (IGT) Toscana.

Discover these three fall pairings with wines from the Ricasoli family

This wine has won the hearts of Quebec consumers with its character and structure. It is composed of 95% Sangiovese, complemented by Colorino. The grapes come from the five types of soil on the property, which highlights the mosaic of terroirs of Castello di Brolio. Subtle woody notes testify to its ageing in second and third fill barrels. It also has aromas of ripe fruit, spices and herbs. For a cooler evening, serve it with this recipe for rack of lamb.

This wine has all the qualities of a Chianti aged only in stainless steel tanks to preserve its fruity and balsamic notes. Made mostly of Sangiovese, it has the typical notes of this grape variety: cherry, spice and violet. Its freshness and roundness make it an ideal companion for this autumn pasta recipe.

Pasta with tomatoes and braised beef

This white wine from the Ricasoli family is made from Chardonnay grapes grown in a vineyard at an altitude of over 400 metres. It is aged for 9 months in barrels, 20% of which is new wood, which gives it its lovely oaky notes. The regular stirring of the lees gives it extra richness and volume. The perfect wine to pair with a wild mushroom puff pastry.

In partnership with Ricasoli 1141 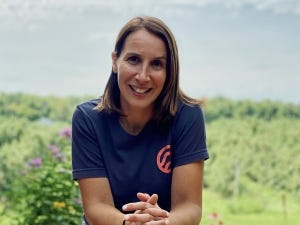