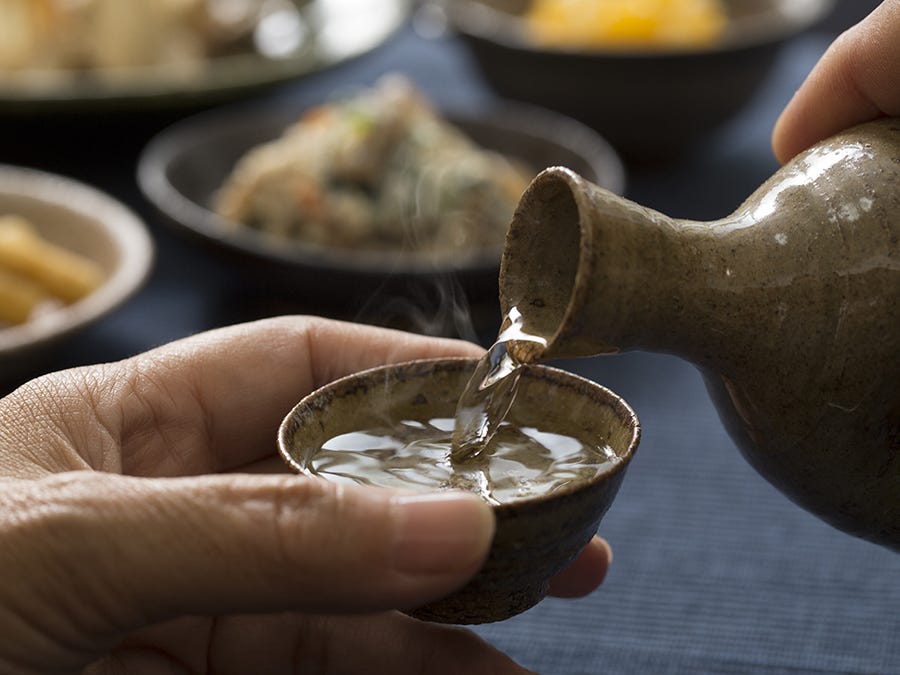 The hidden side of sake

The variety of sakes available on our market allow them to be served to accompany different dishes and also to make cocktails. Discover the Hakutsuru range to add a touch of Japanese elegance to your evenings.

It was at the turn of the millennium that most Quebecers discovered sake as sushi restaurants began to open their doors across the province. Long associated with Japanese gastronomy and a highly codified service ritual, there are many ways to enjoy it. Let's discover the hidden side of sake!

The proliferation of ramen and tempura counters and other yakitoris, has opened our horizons to other dishes from the land of the rising sun. While different styles of sake can accompany all these dishes, the potential for pairings is much wider. Cheese platters, salads, tartars, the options are endless!

It’s no coincidence that sake’s versatility with food is praised. They’re rich in amino acids, the elements that characterize the "umami" flavor. This taste, which could be translated as "savoury", is the ideal complement to exalt the flavour of the dishes and achieve perfect pairings. It can also bring a unique touch in some cocktails.

Several factors can contribute to sake’s personality when selecting rice. Sixty varieties suitable to produce sake have been identified, designated as sakamai. Each brings its own uniqueness and the development of new varieties that offer particular characteristics is encouraged. The place of origin of the rice is also touted as being responsible for some prestigious sakes. Depending on where the rice is harvested, sakes can indeed have very distinctive characteristics.

The polishing rate expresses the percentage of the rice grain that is retained.

Once the rice is selected, it must first be polished to remove the first layers that coat the grain. This envelope contains materials that can alter the flavour of sake. The degree of polishing is therefore an essential quality factor. The more polished the grain, the finer and more elegant the sake will be.

The selected rice will then be immersed in water to absorb the necessary amount before steaming. Steam jets are usually used to carry out this process, so that the rice grains retain a certain firmness at the end of the process.

Some of the cooked rice is removed to be inoculated with a fungus called koji-kin that has the ability to turn rice starch into fermentable sugars. This mixture of rice and koji-kin is called koji. This is a critical step in the development of sake. The koji is carefully observed over the next two days to ensure that it is carried out optimally.

Once the koji is obtained, it is then added to the rest of the steamed rice, water and yeast. This mixture is called shubo. The fermentation process can last up to a month, during which time nothing is left to chance. The wort is constantly monitored to ensure that it is at the right temperature and the ideal humidity level.

Once fermentation is complete, the shubo must be pressed to extract only the liquid. Filtration and pasteurization of this liquid can be carried out, but this is not always the case.

At the end of all these stages, the sake will rest for several months, which promotes harmony and balance of flavours before bottling.

A question of style

Depending on the brewer's choices during these different stages, sake can have fruity aromas, notes of honey, fresh herbs or flowers. With alcohol levels that are usually between 12% and 18%, sake finds its balance thanks to the softness and richness of its body. It is also this roundness that makes it great with various dishes.

Kobe's Nada district is the hub of sake brewing. Its water is celebrated and comes from Mount Rokko, overlooking the area. The rice varieties grown there are among the most sought after for sake production. The cool winds coming down from Mount Rokko also promote temperature control during fermentation. Sake has been made here for more than 700 years and the expertise of local artisans is intimately linked to this rich tradition. These ideal conditions have led to a large concentration of breweries in Nada, and today, about a quarter of all Japanese production is concentrated in this territory.

This is where Hakutsuru Brewery has been located since 1743. The name of the brewery refers to the whooping crane that adorns its label, this bird being considered graceful and elegant. Building on more than 275 years of tradition, this company has developed a wide range of sakes that allow you to appreciate all the versatility of this noble beverage.

A few types of sake

Ginjo and daiginjo
These two top sake categories are distinguished by a high degree of rice polishing: At least 40% of the outer layers are removed for ginjos, and 50% for daiginjos. They’re also fermented at low temperatures, which enhances the delicacy and fruitiness of sake. They are often also junmai.

Junmai
This type of sake is brewed exclusively with rice, koji and water. It is considered the purest and must be served fresh to appreciate all its finesse.

Nama
Nama type sake is not pasteurized, it can continue to evolve in bottle and gain complexity. Just like some wines!

Nigori
It’s an unfiltered sake, which gives it a milky appearance. The absence of filtration enhances the texture and taste of the rice.

Brewed according to traditional 250-year-old techniques, this junmai sake is made from 70% polished rice. It’s the most classic and versatile sake in the Hakutsuru range. It can be enjoyed at room temperature or slightly heated to accompany several types of dishes: Grilled meats, sautéed in a wok, or accompanied by mushrooms. But its softness and full-bodied character can also be highlighted in cocktails. Why not replace wine with sake in this white sangria recipe? 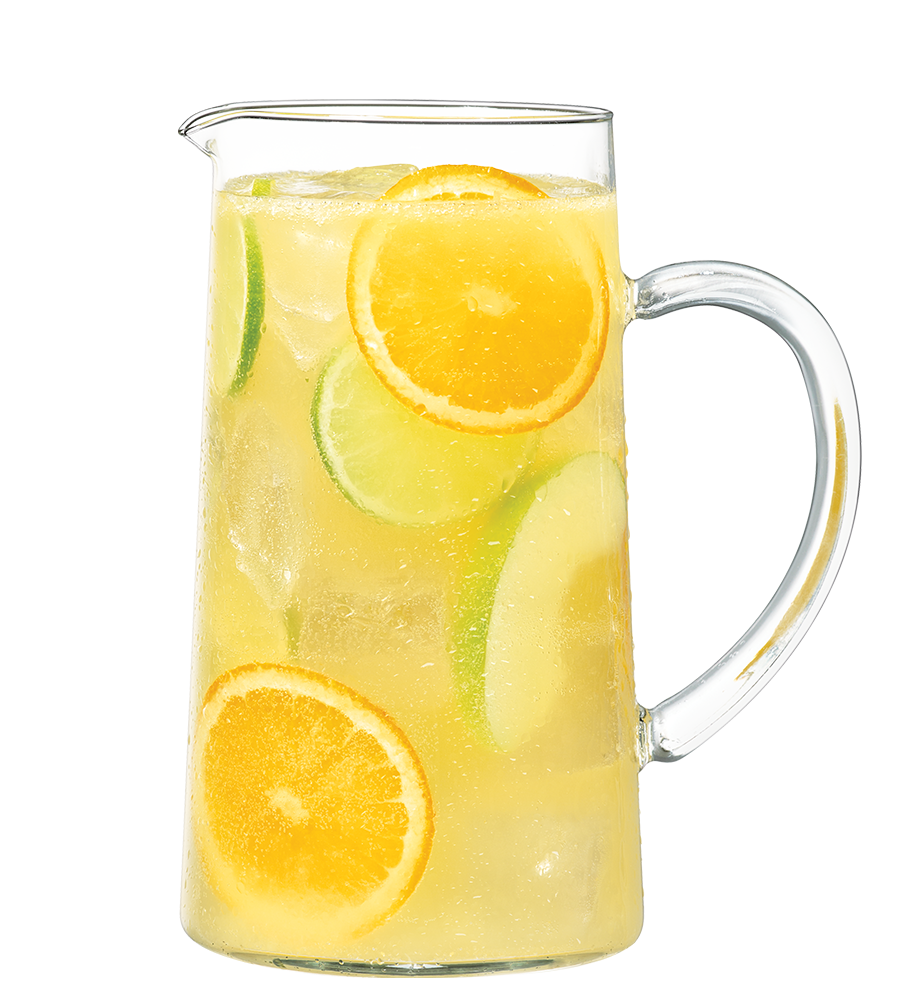 Sayuri, which means "little lily", evokes the balminess of spring. Brewed only with rice, carefully selected koji, water from Mount Rokko and yeasts, this sake charms thanks to its softness and silky texture. Nigori-style sake, which can be recognized by its cloudy, almost milky appearance, is sometimes offered to accompany desserts because of this mesmerizing sweetness. But it can also give a unique dimension to your cocktails. Use it to make this drink that will surprise your guests. 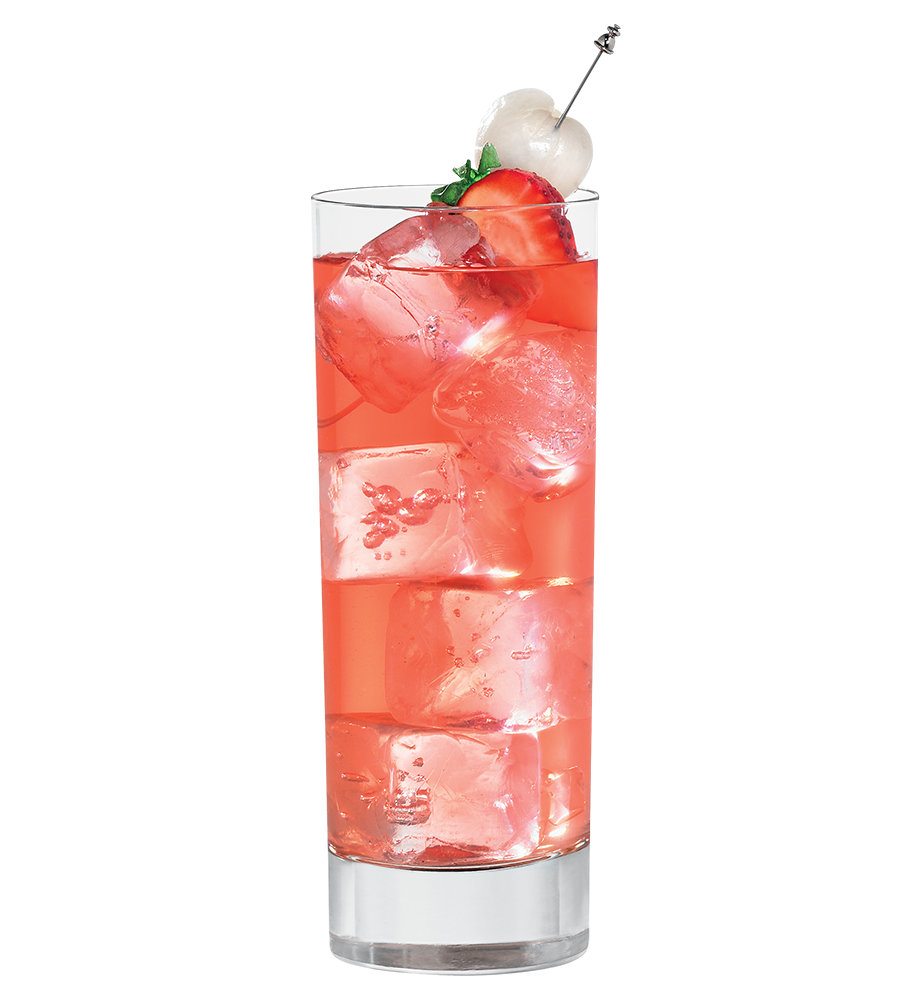 Sho-Une, which means "ascending clouds" is premium sake brewed with Nada spring water and Yamada Nishiki rice, known as the king of sake rice. It has delicate notes of apple, pear but also strawberry and nectarine. Serve it with a udon noodle salad, a selection of fine cheeses or a platter of fresh seafood. Its elegance can also be highlighted in a classic cocktail that gives way to its fruity notes. 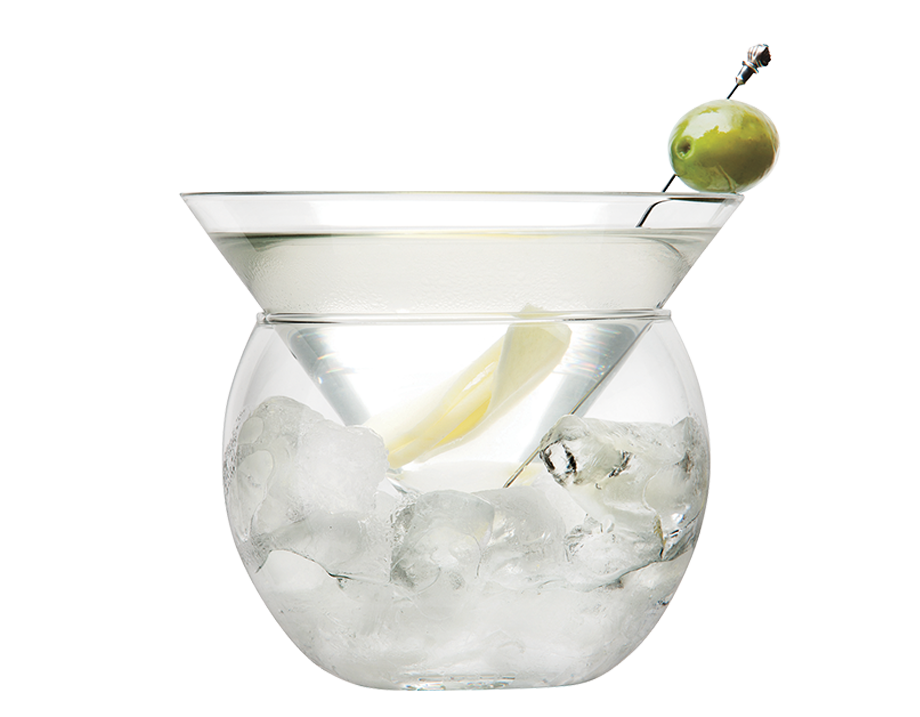 In classic Japanese fashion, this Junmai type sake offers scents of pear, melon and coconut and a refreshing, light and creamy profile. Its finesse will perfectly match the delicacy of a salmon tataki. Delicious! 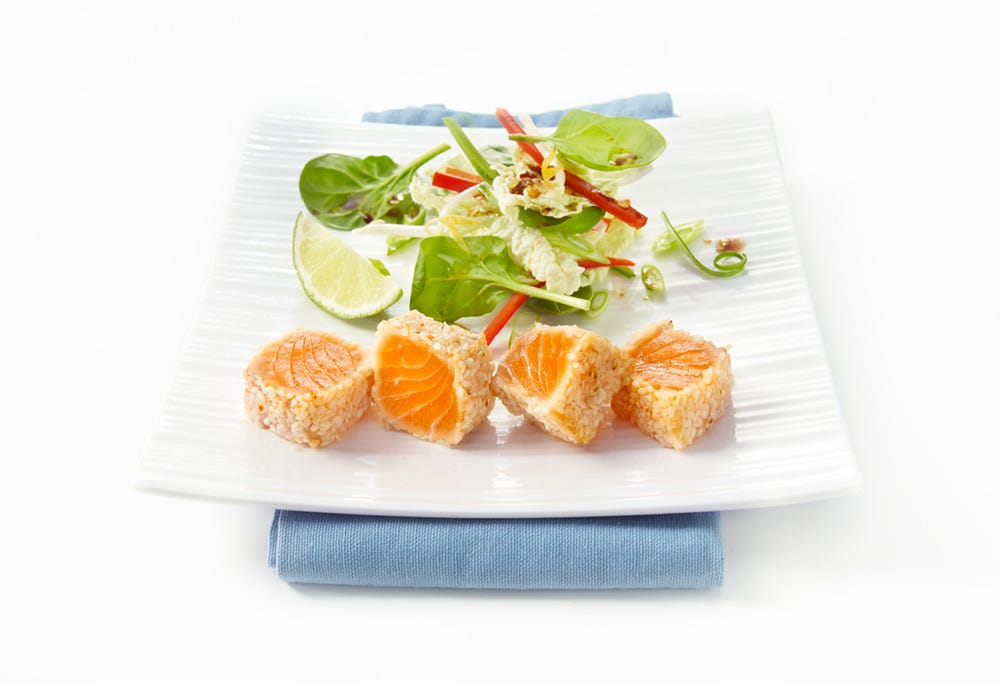 This Junmai Ginjo sake is brewed according to ancestral methods, which requires a highly skilled workforce. Using 60% polished rice, the fermentation time of this sake is much longer since very low temperatures are preferred to make its delicate floral and herbaceous notes shine. The end result, however, is worth this long wait. With its accents of fennel, melon and pear, it’s the perfect companion for seafood. 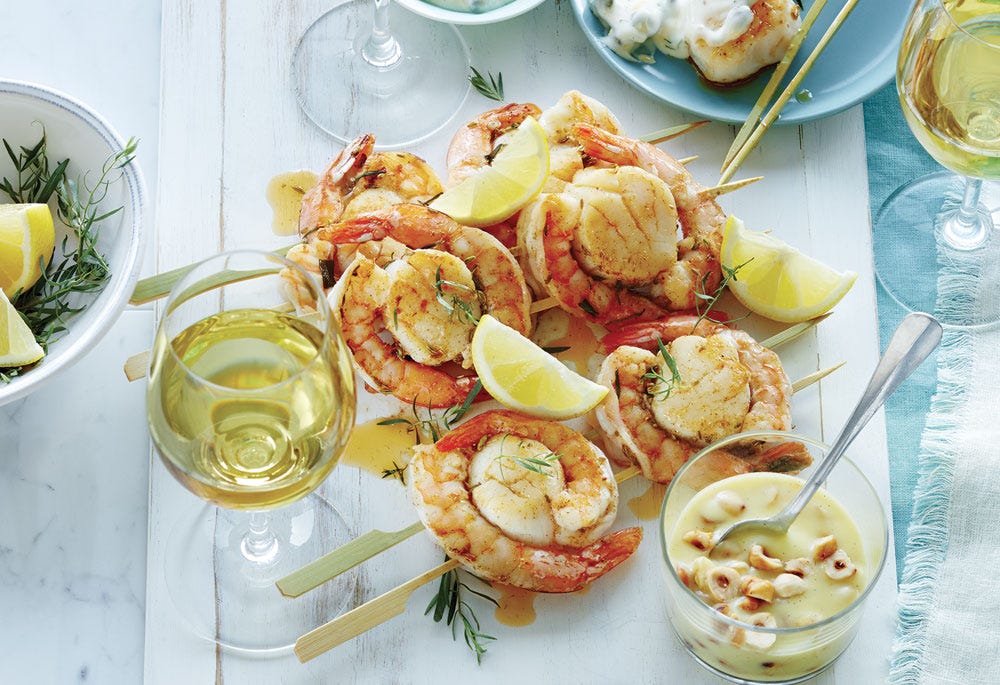